Out of curiosity I picked up My Dark Vanessa and ended up not finishing it. Not because it’s just so problematic but because it feels like an airport novel. It’s neither shocking nor messy; it’s just tedious and predictable.

I can see why this got a huge book deal in that it’s exactly the kind of book people who don’t read books would pick up (which explains why it has a Stephen King blurb). A film option’s bound to happen at some point, starring a petite white actress who’s indistinguishable from the other white actresses. 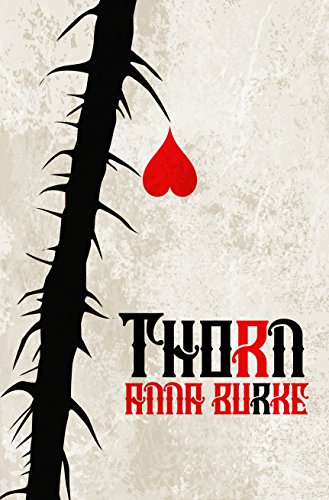 This one surprised me a lot because I didn’t expect to get past the protagonist being a teenager (she’s probably 17?). I liked it much, much better than Compass Rose.

They say the Huntress rides out when the sun is at its farthest and Winter has her jaws buried deep in the heart of the warm, green world. In the mountain valleys, they swear you can hear her hounds on the knife’s edge of the wind, howling down the peaks in a spray of teeth. The Huntress rides behind them mounted on a great white bear with a horn of silver and bone at her lips and a spear cut from the living heart of a mountain pine at her side. No beast can stand before her charge, and every northern child knows that the Huntress stalks the snows, looking for the lost, the unwary, and the bold alike.

A lesbian retelling of ‘Beauty and the Beast,’ set in a wintry mountain. Off the bat it’s much better than the Disney take, because whereas Disney’s Belle is a cishet girl whose ‘difference’ is that she reads books, Thorn‘s Rowan is well… a lesbian. Unlike Compass Rose this isn’t set in a queer-normative world, so unfortunately for her being a lesbian carries real cost of persecution, especially since her father wants to marry her off to a boy. I’m not a fan of this kind of setup usually, but here it more or less works because the specter of comphet doesn’t loom too closely as Rowan spends most of the book in the Huntress’ castle. You can really tell it’s written by a lesbian because the ‘Beast’ is a beautiful ice domme in hunting leathers who rides a huge bear. The love story is excellent, the prose is pretty great, and though the beginning runs a bit slow as a whole this is one of the better fairytale retellings out there. Dramatic, gorgeous imagery, and paced just right.